Sometimes It's About the People 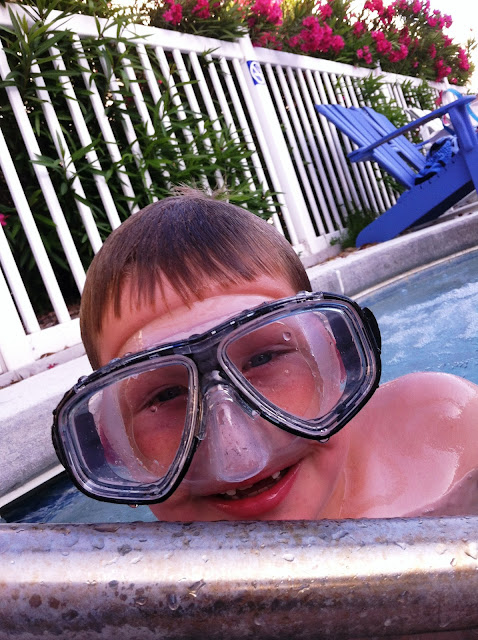 Occasionally you have that moment as a parent that makes you feel like you did something right. Last week I had one of those moments.

Walker and I were in the car with my in-laws and we were talking about someone that was moving because they needed more space for their family.  I really wasn't aware that Walker was even listening to our conversation, but all of a sudden, out of nowhere, Walker piped in and said "Sometimes it's not about how big your house is - sometimes it's about the people."

It's a conversation we've had several times over the past year, as we discuss the possibility of moving into a larger home - one with a screened-in porch and maybe a bonus room. And sometimes I'd really love a newer home - one that doesn't have dings and scrapes and needs new carpet (but I do have so much fun fixing and renovating rooms in our home one by one...)

But then I think about how awesome our neighborhood is - we can walk to the playground, the soccer field, the pool, and we have miles of trails around us. We don't have to worry about the school district because we're at a private school and there are tons of other little boys on our street.

Bonus - we're located way too close to the mall.

And then there are the people.

Like my awesome across-the-street neighbor that I miss if I don't see at least once a day. And her fabulous friends and family that have become like our own. She lets me rearrange her furniture and steal fruit from the bowl while she's trying to prepare dinner.

There's the neighbors beside us that have two wonderful boys. We often check each others' mail when we are out of town, and we've spent many nights playing some sort of ball in their front lawn.

There are the neighbors that I don't even know, that call to tell me crazy Lucy has escaped and they have her. And those that know only Lucy's name and we only know their names because we are all dog people.

Then the pediatrician that lives across the street, with two sweet boys and another golden retriever just like Lucy, but a bit less crazy. She never minds when I rush across the street to have her take a look at a bite on Walker's bum, or a red throat - even if she's trying to get ready to rush out the door to church.

Sometimes Walker says "Mom, I want a different house." Several of his friends have homes with huge media rooms, basements and bonus rooms - and of course he comes home from play dates and talks about how awesome so and so's house is.

But then I remind him that we could move, but we'd leave all of our wonderful neighbors behind. That's when I say to him "Sometimes it's not about the house, it's about the people." Guess he was listening.